After having missed my last train (for the umpteenth time) after a night on the town, I decided to actually make use of an interesting service in Japan – the taxi service. Mind you, we do have taxis in South Africa, but Japanese taxi trips are an experience unto themselves.

On the night in question, I missed my last train, and too tired to walk all the way home, I traveled to another nearby station that was a 40 minute walk away from my home. From there, I approached a lone taxi standing in the taxi rank – and I’m not going to lie, this trip surprised me in a number of ways.

Now for those South African readers, I better make it clear – I’m talking about regular taxis and not minibus taxis… I seriously can’t imagine ‘Mowbrrrray, Mowbrrray!’ being yelled out of windows in Japan, even in the centre of one of the world’s most populated cities.

However, even the regular sized taxis are hell of a different in Japan compared to South Africa:

Japanese taxi drivers are impeccably dressed – from their finely pressed suits to their white driving gloves. Customer service is of the highest importance in Japan and with taxis, it’s no different. The taxi drivers are polite and formal with minimal road rage. 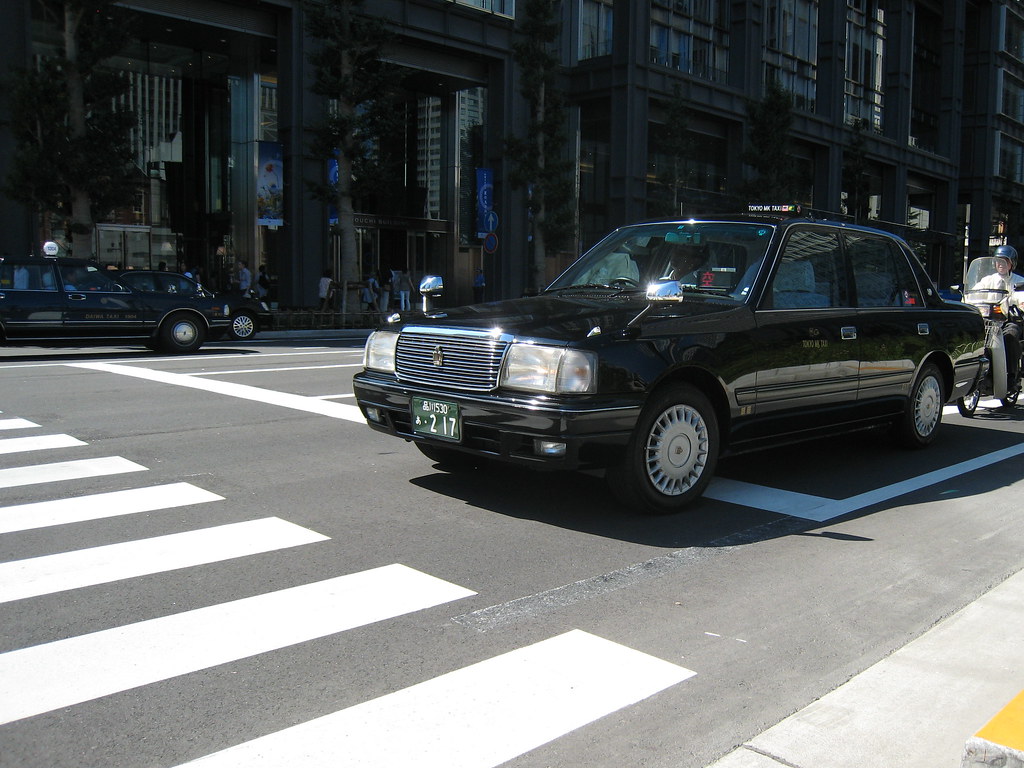 The car itself is also impeccable. No shag seat covers or odd smells of the previous customers. Even from the outside, the shiny black exterior makes you feel like you will be traveling in the utmost style.

But the thing that surprised me the most when I approached the taxi were the self-opening doors. Yes, you read that right, when you approach the vehicle for a lift, the taxi door springs open all by itself… It really is the small things in Japan that amaze me.

3. The Cost: No Haggling & No Tipping

Unlike many taxis in Cape Town that line the streets of such places as Obz and Long Street, you cannot haggle with drivers in Japan. They all have one of those meters that measures the amount of money you owe. I’m not going to lie though, I miss the act of haggling with local taxi drivers…

I was also told that taxis often cost a fortune in Japan. Which, to some extent, is true. For my 15-20 minute drive I paid about ¥1600 (R160). However, this cost, as many Cape Townians may tell you, is nothing compared to some formal taxi companies in SA. And while in South Africa you’re expected to tip drivers at least 10%, in Japan, it is considered insulting to even attempt to tip anyone for just doing their job.

One of the things that I love about taxis in SA is that you can have lively conversations with the drivers. In your drunken state, you can sing, laugh, chat about anything you like with drivers from many different African countries. For example, I once had a delightful conversation with a man from Nigeria just trying to support his family. While I also had a polite chat with a young South African man and his prostitute co-driver #truestory.

But here in Japan, the taxi drivers barely speak English (especially the further away you get from the city centre). In fact, the only thing I could say was ‘Todakoen Eki’ (Todakoen Station) and that was it. The rest of the journey was spent in an awkward silence where I couldn’t strike up a conversation.

But that didn’t bother me, I was enjoying the ride too much. I hadn’t been in a car in over three months and I missed it tremendously…. Darn you, excellent-public-transportation-system-in-Japan, darn you! Riding in the taxi felt great – it was like seeing my home city from a different, yet somehow familiar, perspective.

Overall, I would give the taxi system in Japan high praise. If you’re ever in Japan you should try have a taxi drive even just once.