To test out my new camera, I decided to go on a field trip to one of Tokyo’s most famous cultural areas – Asakusa (浅草). This area is particularly large and it definitely requires more than one day to completely traverse. So I decided to visit one of the oldest temples in Tokyo: Sensō-ji (金龍山浅草寺).

Founded in 628, the temple was destroyed during World War II before being rebuilt as a symbol of rebirth and peace to the Japanese people. The Sensō-ji temple covers a large area of land with the main entrance being the Kaminarimon Gate.

Beyond the gate is Nakamise-dori Street. This is a long street with many vendors selling traditional items, souvenirs, and treats.

After passing through the Hozomon Gate, you then get to the Main Hall (Hondo) with a five-storied Pagoda on your left. In this area, there is a giant incense burner and an area to get your fortune from.

There was also a fantastic chōzuya or temizuya (water ablution pavilion) where you purify yourself by cleansing your hands and mouth with the water – a traditional practice at both shrines and temples.

Aside from all of these traditional features and temple halls around the temple, there are also plenty of statues where people can pray: 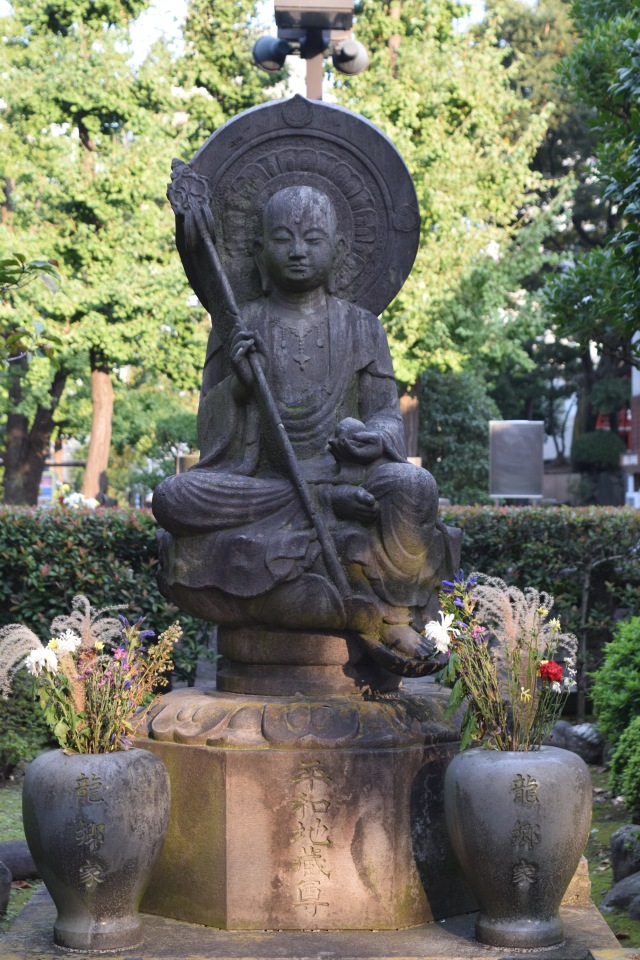 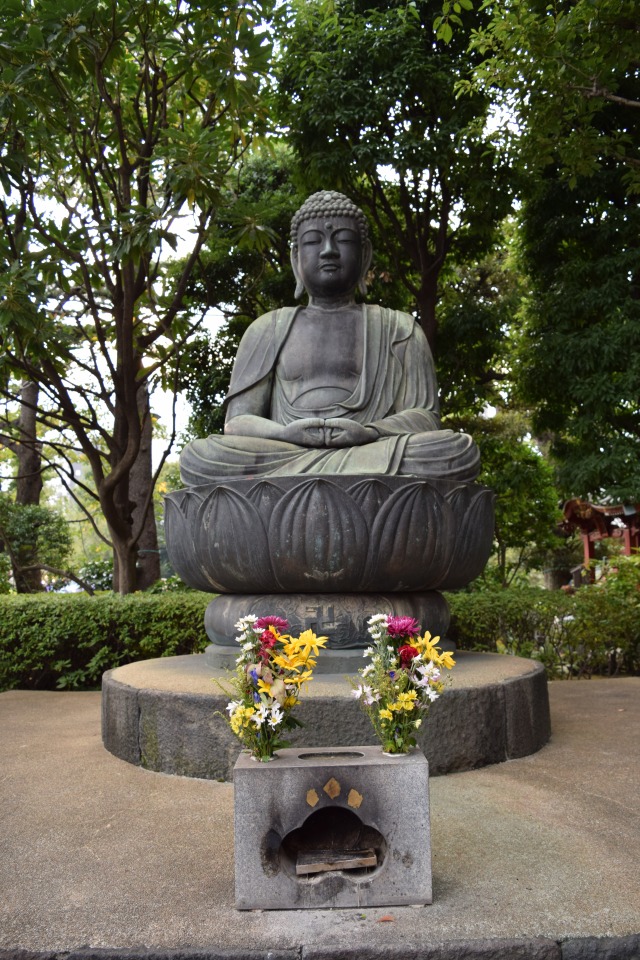 But of course, it wouldn’t be Japan without any street food vendors to serve you traditional Japanese food.

If temples and street food aren’t your thing, there is also an amusement park nearby with plenty of rides. I know that this area will impress many children (and maybe some adults).

Entrance to the amusement park.

This place has everything! Even ninja training!

Wanna ride a gingerbread house? You can here!

Of course there is also plenty more to do and see in Asakusa, but I’m only one person who had only one day! 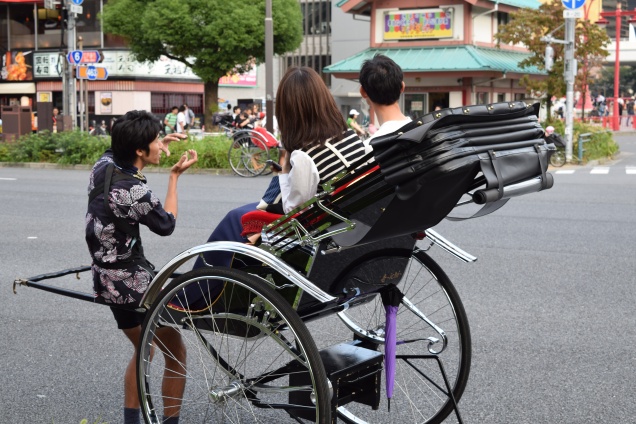 Asakusa is a great place to visit if you’re on a budget as there is so much to do an see that is free. Of course there are also some other costs, but seeing as I made it through the whole day only spending 600 yen (R60), I would consider that a bargain.

3 thoughts on “A Field Trip to Sensō-ji, Asakusa”